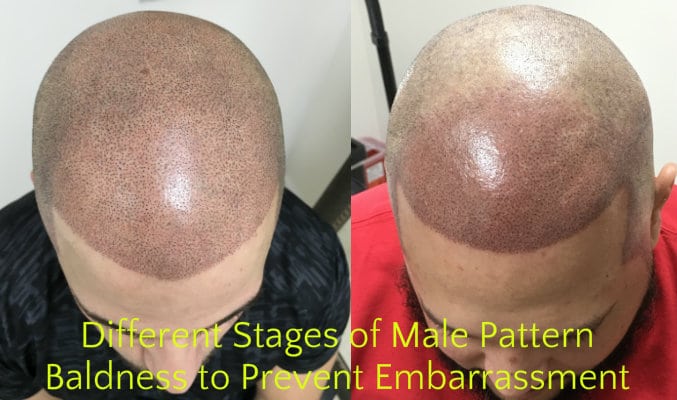 Male pattern baldness is a serious issue that has often plagued men of all ages. It often happens due to stress, aging, or hormonal imbalance.

This makes men very conscious about themselves and, thus, lose out a lot on their idea of being attractive. However, there are treatment options that are both cheap and help in getting you a better and smarter look; a prime example of which is scalp micropigmentation tattoo.

It all starts with hair loss at the temples and the hairline going above the top brow lines. At this point, most of it is technical and cannot be noticed by other people or by oneself.

There is also no need of treatment during this time.

During this phase, men start losing further hair from their temples and the crown also shows signs of thinning. One can go for scalp micropigmentation for thinning hair to close up these patches without doing anything else.

This will help individuals hide their patches effectively and not fall out of confidence in themselves. 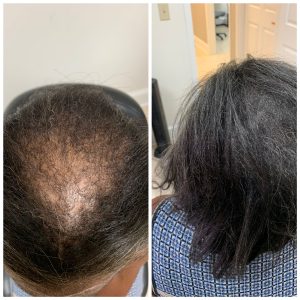 In this phase, the bridge that separates crown and temple hair loss slowly starts disappearing as both the patches start merging. The middle patch spreads while side hairs remain considerably normal.

If treatment is not administered during this stage, then it might spread even more rapidly and progress into irreversible balding.

The final stage of balding, this phase slowly colonises the side patches, too. During this stage, men become most conscious about it and try to compensate by holding on to the very few strands of hair that are left.

However, it is best to take an alternative method of grooming and opt for micro pigmentation to get a sharp and formal look; that is far better than over-compensating the baldness with a wig or some other costly hair method.

So, if you are in any of the above stages of male pattern balding, give hair tattoo MCP a shot; it might just give you back your confidence.

PrevPreviousHow Can You Look Attractive Even After MCP?
Next4 Ways To Maintain Your Scalp MicropigmentationNext 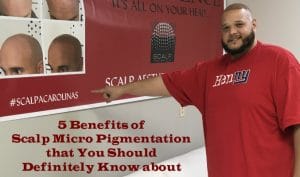 5 Benefits Of Scalp Micropigmentation That You Should Definitely Know About

Baldness is a pain in all the wrong places, especially if it is premature. People have too many questions to ask, and honestly, it feels 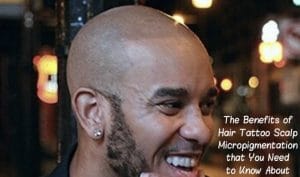 Losing hair not only makes men lack interest about how they look, but also lowers their self-confidence, subsequently. Keeping your self-esteem at stake because of 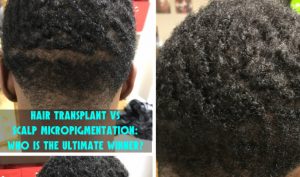 Hair Transplant Vs Scalp Micropigmentation: Who Is The Ultimate Winner?

You have been affected by the bane of premature balding. It has cost you a lot. You have tried different hair products to no avail. 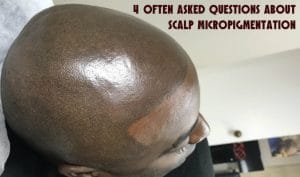 Before you get all hyped about scalp micropigmentation, here is an article that discusses the nitty-gritty of it in details. Keep scrolling to know more. 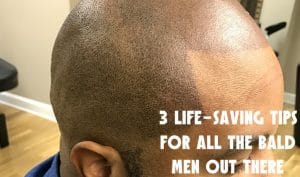 3 Life Saving Tips For All The Bald Men Out There

Bald men seem to be the butt of every joke ever. But it is not their fault neither their choice. They didn’t want their hair 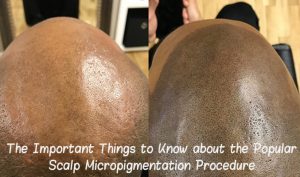 The Important Things To Know About The Popular Scalp Micropigmentation Procedure

Are you fighting and eventually losing the battle against hair loss? Hair tattoos have become quite trendy and popular in the last few decades and